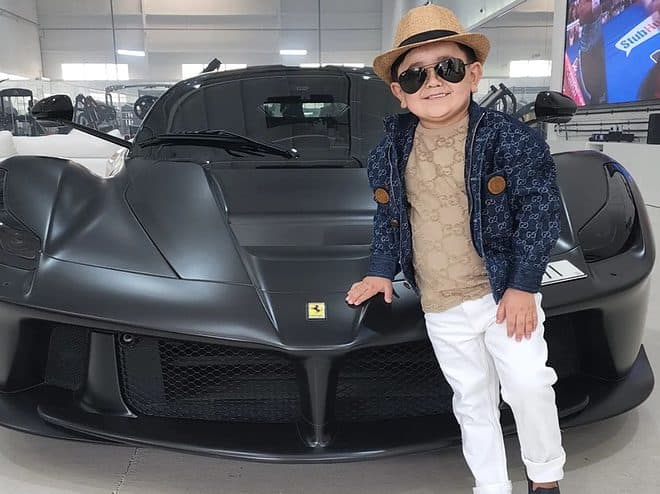 As another season of the most loved reality show ‘Bigg Boss’ drops for the sixteenth time on Colors. Among many popular contestants, ABDU ROZIK has become the center of attraction. So, who is Abdu Rozik in Bigg Boss?

Savriqul Muhammadroziqi also known as Abdu Rozik, who loves singing, is a professional singer from Tajikistan. Along with singing, Boxing also interests him and leads him to train professionally.

Abdul Rozik’s immense love for singing encourages him to sing in many different languages like Tajiki, Farsi, and Hindi.

Abdul rozik has given his voice to some popular Tajik songs like Ohi Dili Zor, Modar, Oshiqami, Ey Aksi Ruhat and so on.

Abdul Rozik has recently launched a Hindi track called “Chota Bhaijaan” which is also being praised by his fans.

Abdul Rozik was born of farmer parents and including him has four siblings. Among four siblings, Abdu Rozik is the smallest of all because he has been diagnosed with Rickets.

Abdu Rozik’s early life had been a disaster as due to being financially ill he earned living for his family by singing songs in the streets of Gishdarva, Tajikistan.

Before becoming a professional, singing was the light of his life as Abdu Rozik used to sing to calm himself down in stressful situations.

Tajik rapper-blogger Baron (Behruz) was the man who paced Abdu Rozik’s singing career as he got impressed by Abdu Rozik’s voice and brought him to Dubai where Abdu Rozik got a major breakthrough in his career.

WHAT IS THE AGE OF ABDU ROZIK IN BIGG BOSS?

Abdu Rozik is a 20’s kid and when it comes to knowing what is the age of Abdu Rozik in Bigg Boss. He gets the tag of the 2nd youngest contestant to enter Bigg Boss 16 as he is (as of 2022) just 19 years old.

A 19-year-old Abdu Rozik is grabbing everyone’s attention from across the globe with his rich and melodious voice.

So, which country does Abdu Rozik belong to? Abdu Rozik was born in Gishdarva, Tajikistan, and is a native resident of Tajikistan which is surrounded by many other countries.

At a little age, Abdu Rozik has become an internet sensation and created a strong 6.8 million fan base on Instagram. On Youtube, he got 4 lakh subscribers as well on his official channel named Abdurozikoffical.

From being financially ill to earning a lavish status. Abdu Rozik has come a long way.

He did not just earn strong fame from across the globe but also earned a luxurious lifestyle. Abdu Rozik’s estimated net worth is $260,000.

Abdu Rozik’s fans on the internet always get excited when “Hasbulla” this name goes into their ears. So, what is this Abdu Rozik vs. Hasbulla rivalry?

Hasbulla Magomedov also known as Mini khabib is a Russian internet sensation, who also suffers from the same disease from which Abdu Rozik Suffers.

Hasbulla is famous for his funny prank videos. Hasbulla challenged Abdu Rozik for an MMA fight which was later canceled by the sports Association, calling the fight ‘unethical’.

Abdu Rozik and Hasbulla never fought each other.