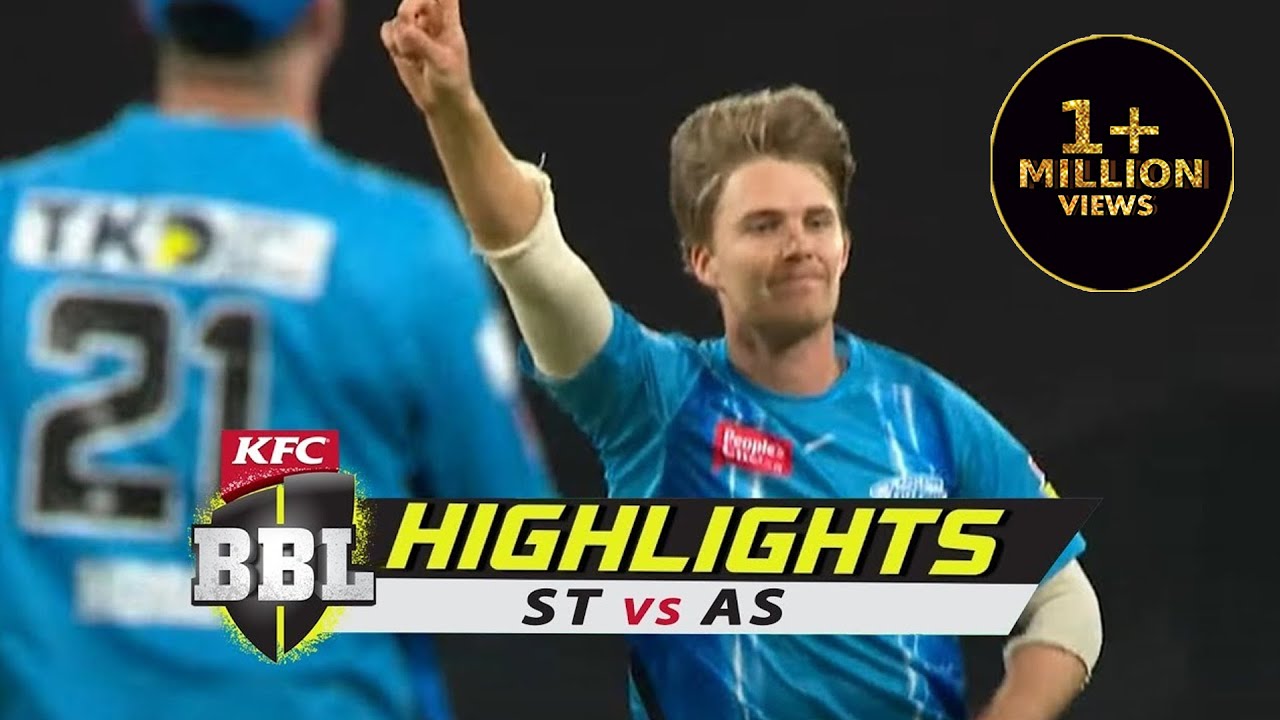 With a run rate of above 9, Thunder were heading towards a big score in the powerplay. After flowing 39 runs in just four overs, Strikers called their star bowler Rashid Khan to halt this and He did as he was asked.

R. Khan left M. Gilkes with no answers when Gilkes trying to sweep was found in front of the wickets.

R. Rossouw, who got fifty in the last match, had to go with a score of 14 as De Grandhomme was standing at Long on with his safe hands.

O. Davies joined A. Hales when Thunder were doing a run-a-ball. The partnership between the two of them seemed fruitful for Thunder in Sydney Thunder vs. Adelaide Strikers match 9 highlights.

Both batters helped Thunder cross 100 run mark. Alex Hales’ powerful 68 runs came to an end when De Grandhomme tricked him with a wide yorker and Hales hit it directly in the hands of the point fielder.

Grandhomme hunted his second for the day when good-looking Davies trying to accelerate got caught on long on.

The rest of the middle order only managed to get 14 runs and Thunder set a competitive total of 150 on board with half of their batters in the dugout.

M. SHORT’S POWERFUL 65 PUT THUNDERS ON THE BACK FOOT.

In the 2nd innings of Sydney Thunder vs. Adelaide Strikers match 9 highlights Strikers lost their first batter early, although J. Weatherald hoped that he had cleared the fence.

After losing an early wicket Strikers’ batters C. Lynn and M. Short came up with an 83-run partnership for the second wicket.

Lynn could not convert his 28 into a big score and lost his wicket to N. McAndrew.

M. Short set his feet at the crease and took the game away from Sydney Thunder with his superb knock of 65 including 3 fours and 5 sixes.

McAndrew took the danger man M. Short off the crease and was the only bowler to get 2 wickets.