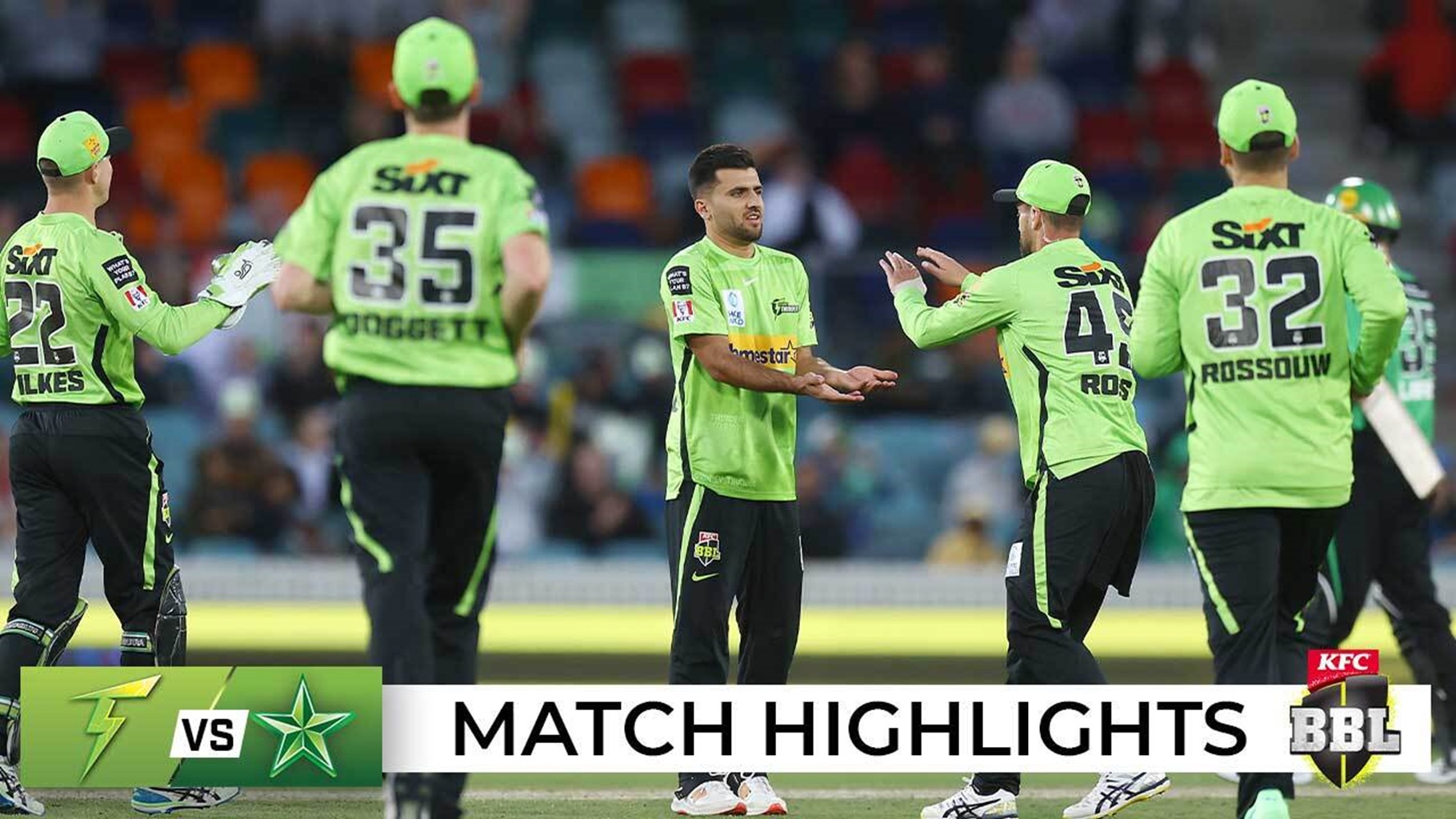 G. Sandhu bowled the first over of this season and gave the first blow to Stars, conceding 11 runs.

Both openers were sent to the pavilion with a score of 31. To accelerate the innings, Marcus Stoinis came in place of J. Burns, who got retired hurt due to a hamstring issue, and was sent back to the pavilion for a duck.

Nick Larkin, who was looking good with the bat, got trapped by Fazal in a slow delivery at point. The falling of wickets continued and Melbourne Stars ended up at 121 in Melbourne Stars vs. Sydney Thunder 1 match Highlights.

Coming to chase, Thunder’s start was also not so good as they lost their first wicket on zero when the substitute fielder Couch took a juggling catch on short fine leg.

T. Boult gave two big blows and held back Thunder’s hope of an easy win in the very first over.

A. Hales was getting a start and scored some runs, but it was a bad day for him when he was departed on a full-toss delivery by Coulter Nile.

J. Sangha’s wicket became the 99th wicket for A. Zampa. Losing wickets at regular intervals, Thunder we’re in big trouble to win this match as they lost their 6 wickets in just 76 runs.

Ross came with holes for Thunder and he scored 28 runs, but so he became the reason of celebrations for A. Zampa as he claimed 100 wickets in BBL. Every batter was trying his best to get close to the win, but the bowling and fielding of Stars were to the mark.

In the final over of Melbourne Stars vs. Sydney Thunder 1 match Highlights, Thunder needed 8 to win, but Webster got two consecutive wickets in two balls and was on a hat-trick.

When the picture was looking clear for Stars, there came G. Sandhu with a cracking six and leveled the scores.

After hitting the six, he played a dot ball while 1 run was still needed to win, and in the final delivery, J. Clarke missed the chance to be back in the game. G. Sandhu became the hero of the night and helped Thunder win a close encounter. This was all in Melbourne Stars vs. Sydney Thunder 1 match Highlights.