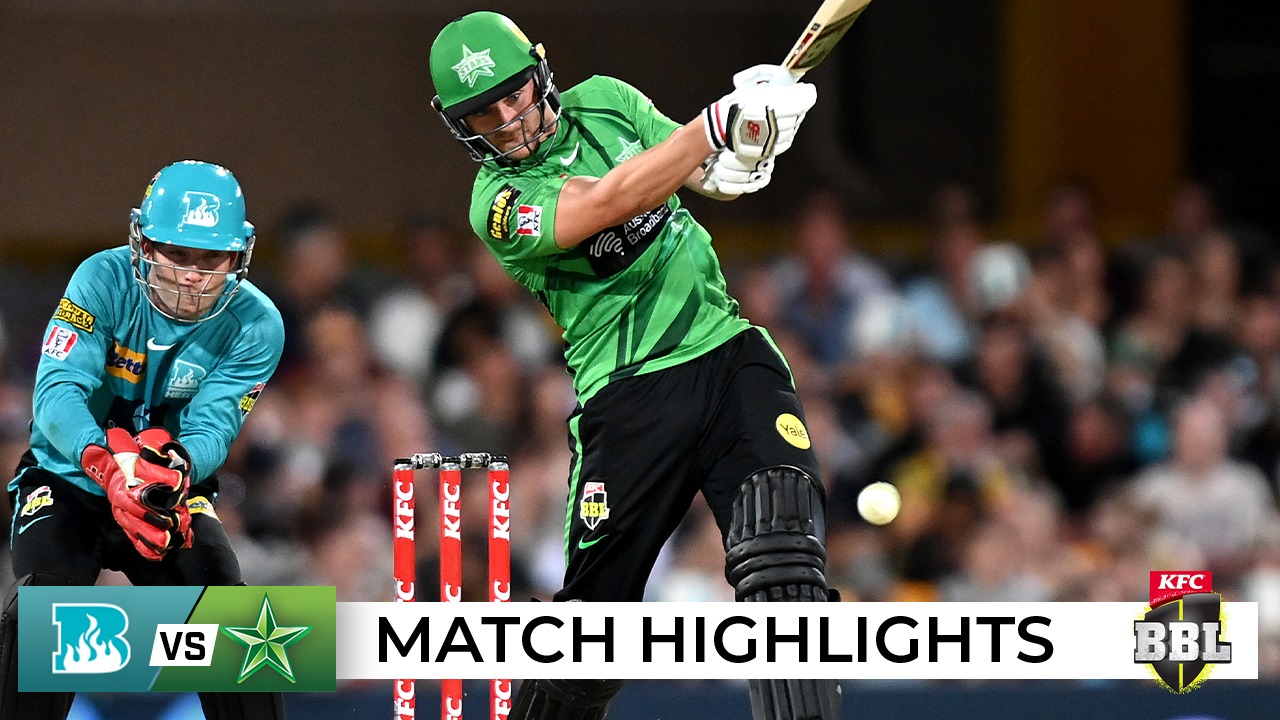 ‘NICK LARKIN’ IS THE ONLY STAR WITH THE BAT FOR THE STARS.

Brisbane Heat, facing Melbourne Stars for the first time this season, displeased the latter with a three-wicket win which came on the final delivery.

From winning the coin flip to winning the match, The Heat always had an upper hand over the Stars.

With the responsibility to bat first, the Stars failed to initiate good runs as the Heat bowlers were too quick with the ball.

Without giving the Stars much time to settle, Spencer Johnson struck from his end with the wicket of Hilton Cartwright (7).

An intelligent move to bowl worked for the Heat as the Stars batters struggled with the bat in the powerplay in Melbourne Stars vs. Brisbane Heat match 44 highlights.

Matt Renshaw began his spell with the wicket of Thomas Rogers (26) and broke a building partnership.

Beau Webster then with Nick Larkin made a 48-run stand and was leading the Stars to a good total, but Michael Neser, continuing his spell, claimed his second scalp in the form of Beau Webster (36), and the Stars lost the momentum again.

Nathan Coulter-Nile, in the next delivery, put Michael Neser on a hat-trick for the second time this season. Melbourne Stars were reeling with the loss of two wickets in two deliveries.

James Bazley ended his search for the wicket as James Seymour’s 13-run cameo came to an end in Melbourne Stars vs. Brisbane Heat match 44 highlights.

While other batters were dealing with a tough time with the bat, Nick Larkin, on the other hand, shone for the Stars and smashed 58 runs, including seven fours and a six before he became the fourth victim of Michael Neser (4-25).

With Nick Larkin’s handy knock, the Stars reached a competitive total of 159 runs.

MATT RENSHAW’S HEROIC STEALS THE SHOW FOR THE HEAT.

The Heat didn’t get the start they wanted as they lost their top three inside the powerplay.

Liam Hatcher sent Josh Brown (5) back into the dugout for a cheap score. Hatcher struck again in his second over as Usman Khawaja’s impressive innings (14) came to an end.

Matt Renshaw and Jimmy Peirson led the Heat to a comfortable position from a spot of bother before Jimmy Peirson’s much-needed 22 runs came to an end.

James Bazley (9) and Michael Neser (1) (run out) weren’t effective with the bat, but Matt Renshaw hold on to his end with patience and smashed 90 unbeaten runs, including six fours and four sixes, to finish things off for the Heat in Melbourne Stars vs. Brisbane Heat match 44 highlights.