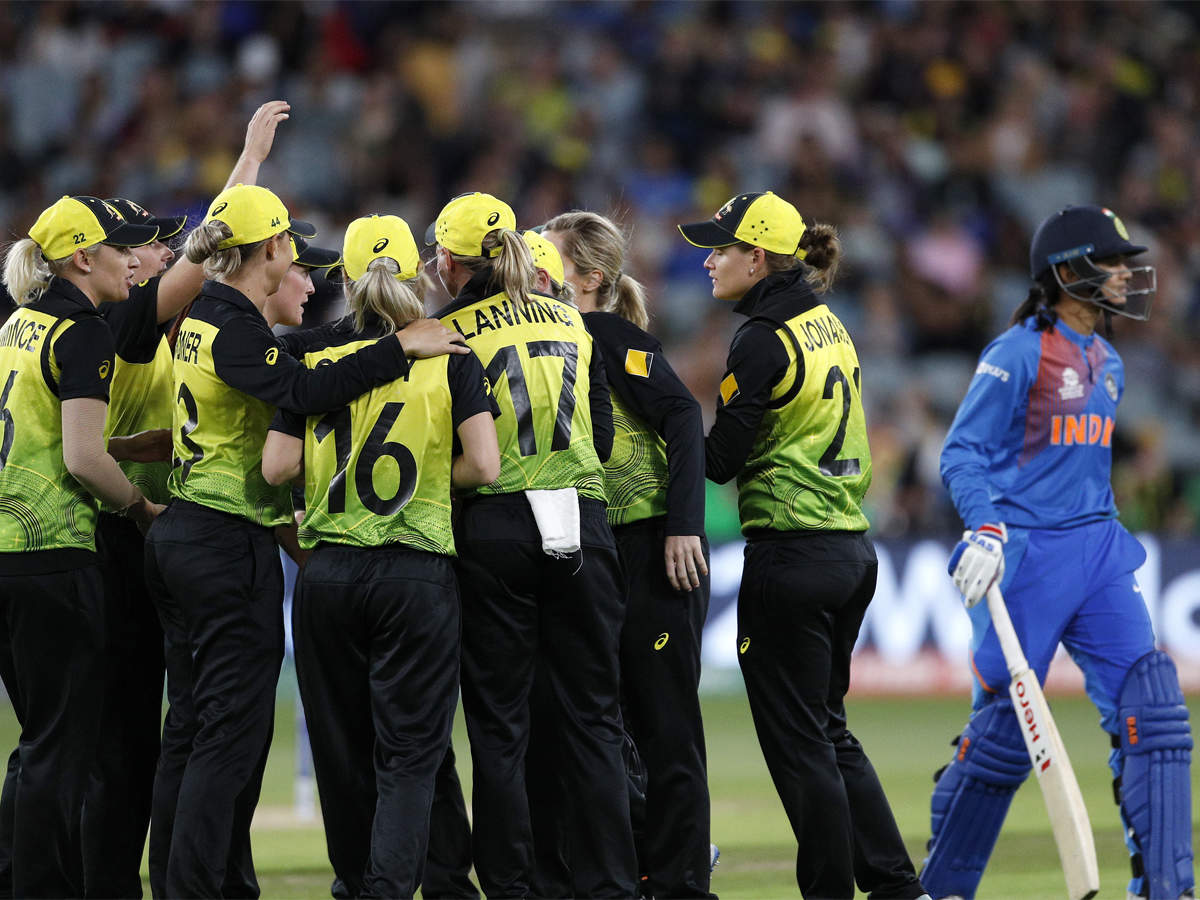 India Women vs Australia Women, 1st T20I Highlights: A. Healy, the Australian skipper, won the toss and invited the hosts to come and bat. Indian openers S. Verma and S. Mandhana took charge of the Australian bowlers from the very first over bowled by Schutt, as S. Verma hit a boundary and a six. S. Verma continued doing so till E. Perry got her edge on the delivery going down leg and was dismissed on the score of 21.

The wicket of Verma did not affect S. Mandhana much, as in the fourth over of the Garth, she hit four boundaries. After the end of four overs, India were 45-1 and heading towards a big total.

As India were looking good, E. Perry stopped J. Rodrigsuez from scoring a run and kept India silent in her wicket-maiden 5th over.

S. Mandhana was not so good with her bat as she only got 28. Soon, H. Kaur threw her wicket to Grath, who used to play for Ireland, and her wicket was like a soft dismissal.

Richa and Vaidya’s innings saved India’s side when the middle order was about to collapse. After contributing her share with Vaidya for the 5th wicket, Richa Gosh was stumped on 36.

In the India Women vs. Australia Women 1st T20I Highlights, half of the Indian side were in the pavilion at the score of 133/5. D. Sharma led India to a fighting total with her stunning knock of 36 runs in just 15 deliveries with a strike rate of 200 plus as India gave the World Champions 172 to win the 1st T20I between India Women and Australia Women.

BETH MOONEY STOLE THE VICTORY AFTER BEING DROPPED

As the Australian openers came to chase down the total, they were struggling in the first two overs. Beth Mooney, trying to score and release pressure, cut to find the gap between the two fielders on the off side but found herself in the hands of R. Yadav, although she dropped. Mooney was batting on four when she got dropped.
On the other hand, A. Healy took charge of the Indian bowlers with good cricket shots.

India made their way back into the game by dismissing Australia’s skipper A. Healy for 37.

At No. 3, Beth Mooney was joined by T. McGrath, and soon she was also dropped at Point.

The Indian side lost grip on the match by making too many errors on the field. After being dropped, B. Mooney did not look back and continued smashing Indian bowlers with the support of T. McGrath.

Australia ended up chasing the total before 20 overs being bowled out for just nine wickets, making the series opener completely one-sided. In this 5-match T20I series, Australia is leading 1-0. This was all in India Women vs Australia Women’s 1st T20I Highlights