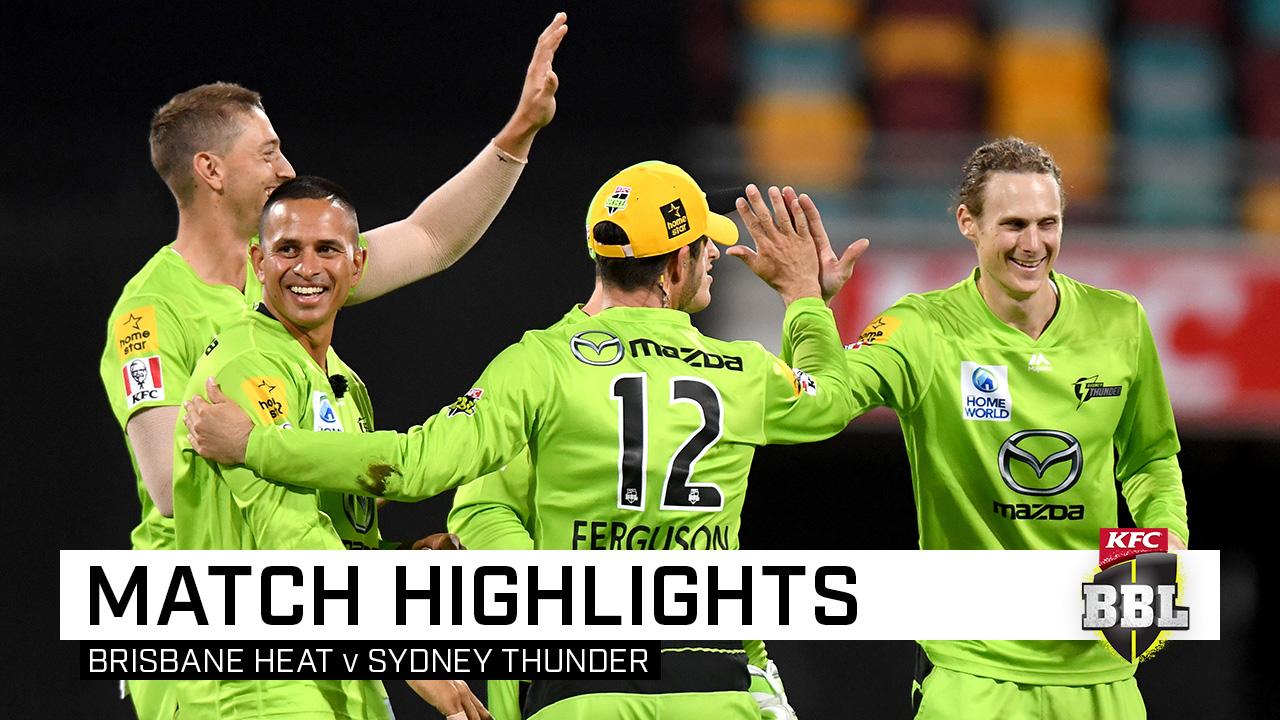 After winning the toss Brisbane Heat failed to get a good start as Max Bryant’s struggle for runs continues and he departed on a score of 1.

Chris Brown went ahead, doubling the trouble for Heat, and claimed his second wicket. Matt Renshaw was found struggling and had to go on a single-digit score.

Sam Billings, the star of the last match, did not have an answer to Nathan McAndrew’s perfectly pitched delivery and lost his wicket by just scoring one.

Colin Munro and Jimmy Peirson struggling with the bat fetched some important runs for the team in Brisbane Heat vs. Sydney Thunder match 17 highlights.

But, Usman Qadir came into the picture to put a halt to this growing partnership and got Jimmy Pierson as his first wicket of the day. Jimmy Pierson’s crucial 27 runs came to an end.

Daniel Sams made Heat spineless when he get rid of the only hope of Heat, which was Colin Munro batting at 43.

In the same over Daniel Sams adding another scalp sent Michael Neser back in the dugout for a golden duck.

Just when Heat were heading toward an all-out situation Xavier Bartlett with his 28 runs led Heat to a total of 121 runs.

MATTHEW GILKES AND ALEX HALES MAKE IT A ONE-SIDED GAME.

It was certainly a low total to defend, but we have witnessed Heat’s recent bowling performance and great comebacks.

Matthew Gilkes and Alex Hales we’re both in a hurry to finish the game. The duo crossed the 50-run mark in just 7 overs of the game.

To be back in the game Brisbane Heat had to break this partnership, but Sydney Thunder were determined to earn two points and move ahead in the tournament.