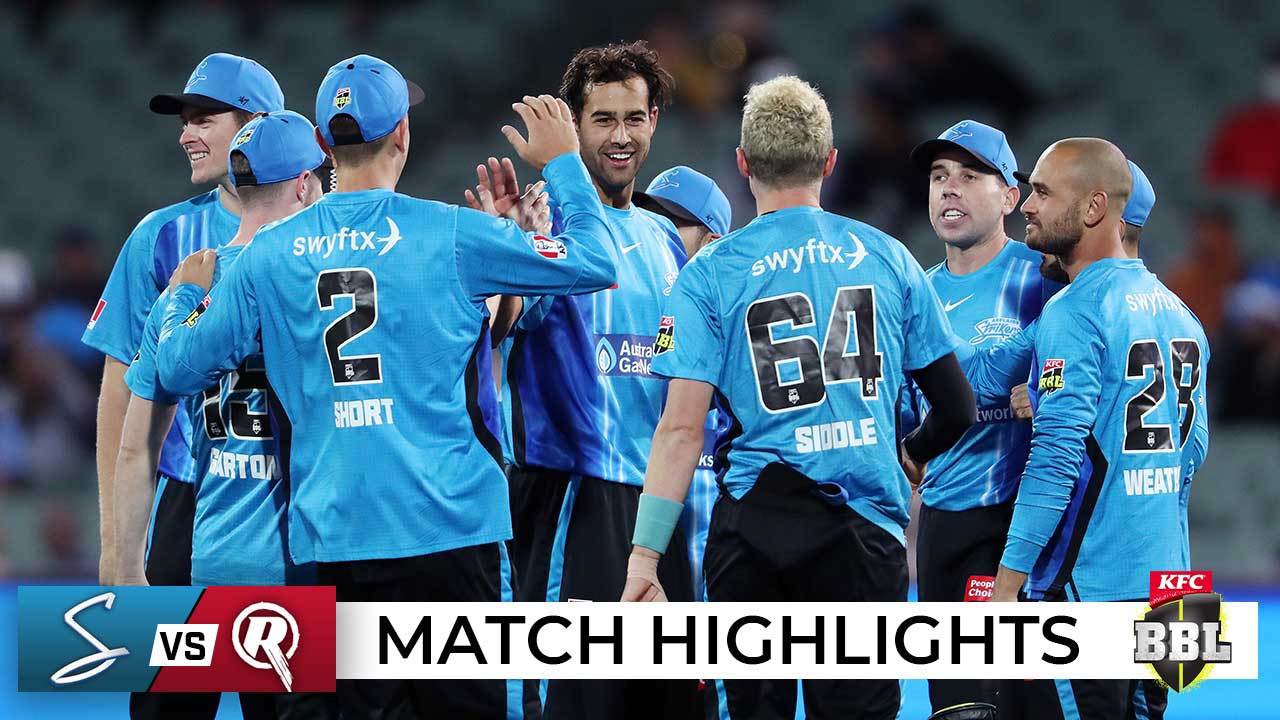 THE STRIKERS’ OPENERS PERFECT THE START.

It was the opening partnership between Matthew Short and Ryan Gibson, which uplifted the scoreboard inside the powerplay as the strikers got a perfect start without losing a wicket after being sent in to bat.

Matthew Short, having been beaten in the first delivery of Tom Rogers, seemed more fearless as he charged at the Renegades’ bowlers.

Ryan Gibson, on the other hand, with his 24 runs made the Strikers go wicketless inside the powerplay. Both openers chipped in with 63 runs for the first wicket.

None of the Renegades’ bowlers but Ruwantha Kellepotha was successful as Kellepotha, being economical, was the only bowler that got rid of strikers’ openers in Adelaide Strikers vs Renegades match 36 highlights.

CHRIS LYNN SIGNALS HIS FORM TO BE BACK.

Chris Lynn backed his form in the middle of his campaign with this new franchise ‘Strikers’ after a few initial flop games.

Chris Lynn’s last three innings (87), (64), and (69 unbeaten) proved to be fruitful. Chris Lynn remained unbeaten with his 69, including five fours and three sixes.

Kane Richardson, being too expensive, conceded 62 runs in his spell and picked Adam Hose(33) as his only relief. Will Sutherland, spending just 16 runs, got rid of lethal Colin de Grandhomme(32).

Looking to continue the winning momentum, Renegades went into a long-run chase to secure the 3rd position on the table, but it was Matt Short, who spoiled the party for Renegades as Marcus Harris(8) entirely failed to deliver and went cheaply.

Martin Guptill(14) was questioned again in the power play and as usual, he was found without answers. The renegades lost their openers early.

Aaron Finch’s struggle with the bat continued as he could only manage 2 runs.

Benjamin Manenti scalped two big wickets of the night. first, it was the skipper, and second, Sam Harper(63). Had the latter survived 2-3 overs more the statistics would be different in Adelaide Strikers vs. Renegades match 36 highlights.

As the chase moved ahead, Matthew Short confirmed his second wicket in the form of Jonathan Wells(26).