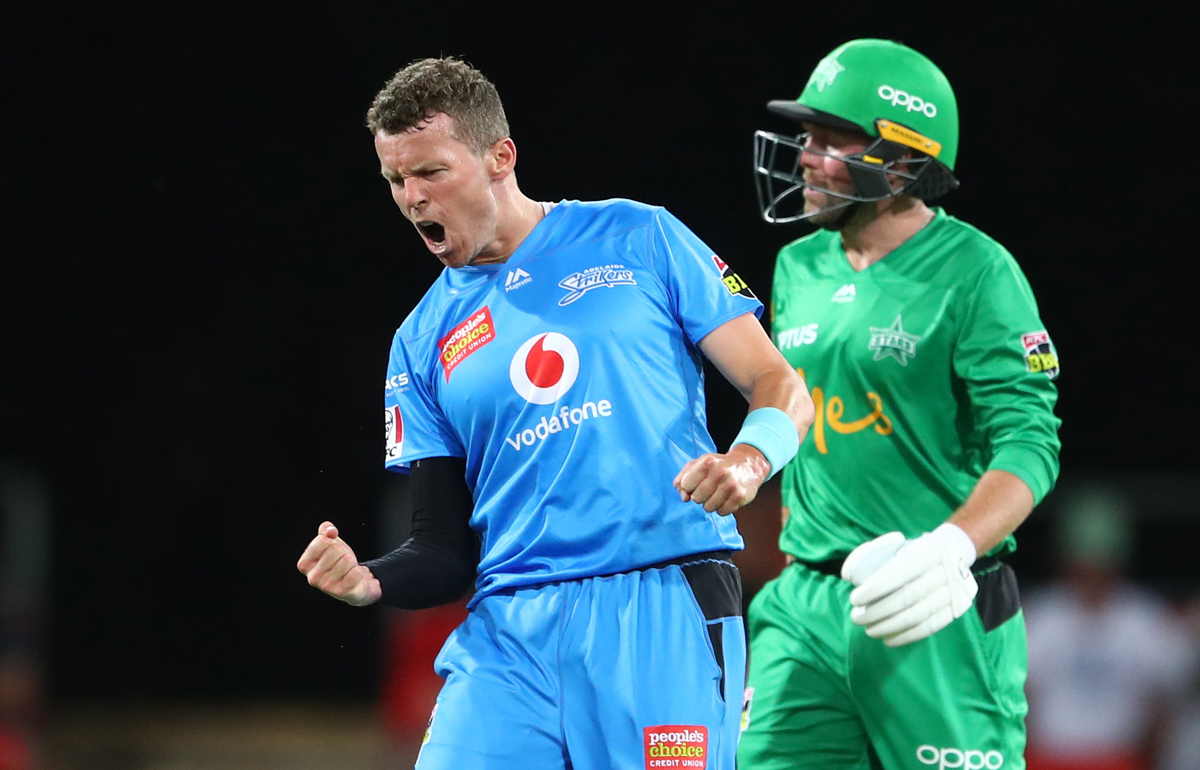 Asked to bat, Adelaide Strikers went into a destructive start as Matthew Short charged at Luke Wood in the very first over to cost 20 runs.

But his destruction lasted only one over as Liam Hatcher made the comeback and drew the first blood.

Later, trying to go big, Chris Lynn stepped out and handed a simple catch to Nathan Coulter-Nile off Liam Hatcher at mid-off. An uneven bounce got Chris Lynn (1) this time.

To make the situation even worse, Nathan Coulter-Nile came into the picture and struck with the wicket of Thomas Kelly (6), who edged his half-hearted shot into the hands of Beau Webster at mid-off.

It was the fifteenth over of Nathan Coulter-Nile, which became the reason for the Strikers’ collapse as he got two wickets in two consecutive deliveries.

Adam Hose (21) found Beau Webster at cover where Webster took a stunning catch with on hand.

Benjamin Manenti got a golden duck and would have put Nathan Coulter-Nile on the hat trick if the latter hadn’t finished his spell in Adelaide Strikers vs. Melbourne Stars match 38 highlights.

Harry Nielson added crucial 40 runs before he lost his stumps off Adma Zampa. Clint Hinchliffe claimed his first scalp of the night as Wes Agar turned out to be the second better to score zero.

All the efforts made by the Strikers went in vain as the Stars were too brilliant with the ball.

In the final over, Luke Wood opened his account with the wicket of Cameron Boyce. Beau Webster ended the innings of Adelaide Strikers on 108 with a run out of Peter Siddle in Adelaide Strikers vs. Melbourne Stars match 38 highlights.

None of the Adelaide Strikers’ bowlers made an impact to defend a low total of 108 runs as They could get only one wicket in the form of a runout.

Melbourne Stars were into the chase from the very first ball as they never lost control over the Strikers’ bowlers in the run chase.

Tom Rogers (51) smacked his first half-century of BBL 12 and Joe Clarke chipped in with 35 runs, including two fours and two sixes before he got run out by Ryan Gibson.